Brean Capital analyst Jonathan Aschoff was out pounding the table on Nektar Therapeutics (NASDAQ:NKTR) Wednesday, reiterating a Buy rating and a price target of $20, which implies an upside of 45% from current levels.

Aschoff wrote, “Nektar ended 2014 with $263 million, same as at YE13, expects to end 2015 with $200 million, and we view that guidance as conservative. We expect imminent commercial launch of Movantik in the US, given that the DEA already removed Movantik from the schedules of the Controlled Substances Act in January this year. In December 2014, Moventig (brand name of Movantik in the EU) was approved in the EU for patients with opioid-induced constipation who have had an inadequate response to laxatives, and we expect EU launch in 2H15.”

Furthermore, “Movantik will be the first oral peripherally-acting mu- opioid receptor antagonist (PAMORA) available in the US, and because many drug makers delayed their oral PAMORA programs while waiting for an FDA decision on the class, Nektar believes Movantik will not face oral PAMORA competition for about 2 years, but since it appears that the FDA will allow oral Relistor to piggyback on the safety data from the injectable formulation, we project its approval to come in mid-2016. Baxter submitted a BLA filing for BAX 855 in December 2014, based on positive Phase 3 data, with approval and launch expected in late 2015.” 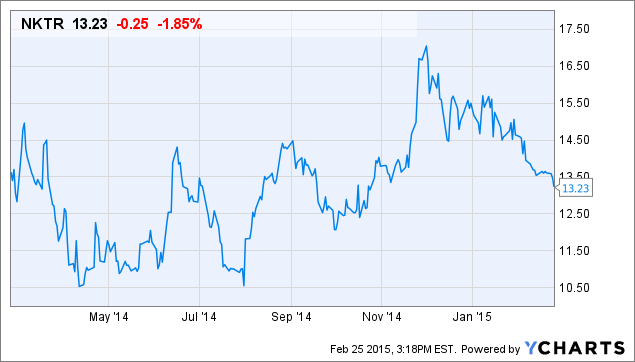