Brean Capital analyst Jonathan Aschoff was out pounding the table on Cytosorbents Corp (NASDAQ:CTSO) Thursday, reiterating a Buy rating and price target of $25, which implies an upside of 172% from current levels.

Aschoff wrote, “We view CytoSorb as ultimately having utility far beyond the focus of the upcoming US clinical trials in cardiac surgery. Given the increase in CAR T cell therapy trials, we believe CytoSorb could be used as rescue therapy for immunotherapies such as cancer immunotherapy, vaccines, anti-inflammatories, asthma, and autoimmune diseases, where cytokine-release syndrome (CRS) is a common and potentially life threatening adverse event. Given how involved the CAR T therapy process already is versus more simple oral or infused drugs, we believe that employing CytoSorb when required would not be viewed as a significant inconvenience.”

Furthermore, “We believe that CytoSorb, with its ability to remove cytokines, may maximize the therapeutic benefit of immunotherapy by minimizing such life-threatening complications. Earlier this month, the FDA approved CytoSorbents’ IDE to start a US single-arm cardiac surgery feasibility trial involving 20 patients in 3 sites, as well as a non-interventional trial assessing the adverse event rates and levels of free hemoglobin and other inflammatory mediators in patients undergoing cardiac surgery. Results from these two trials will help inform the design for a US pivotal trial using CytoSorb intra-operatively in patients undergoing complex cardiac surgery requiring the use of a heart-lung machine.” 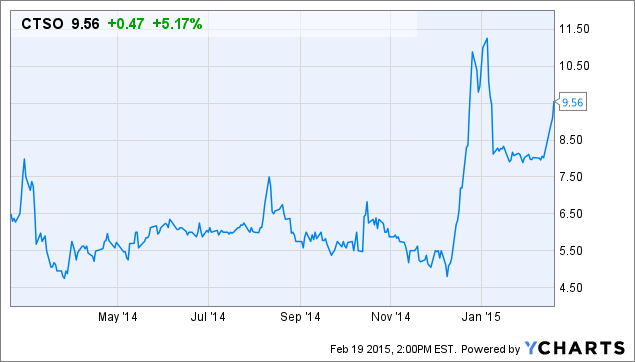