In a research report issued today, Brean Capital analyst Jonathan Aschoff reiterated a Buy rating on Inovio Pharmaceuticals Inc (NASDAQ:INO) with a $20 price target, after the company reported its first-quarter results and outlined its ambitious clinical development strategy for its pipeline in its conference call this morning.

Aschoff noted, “Inovio ended 1Q15 with $81 million of cash, and added net proceeds of $82 million from a public offering in May. The company’s current cash position should be sufficient to support its operations through the end of 2018—importantly, including costs associated with a potential Phase 3 trial of VGX-3100. As of March 31, Inovio had 60.7 million basic shares outstanding and 67.8 million diluted shares outstanding. Inovio reported 1Q15 revenue and EPS of $5.2 million and $(0.17), both of which are immaterial at this point in Inovio’s development. R&D expense and SG&A expense for the quarter were $9 million and $4 million, respectively.” 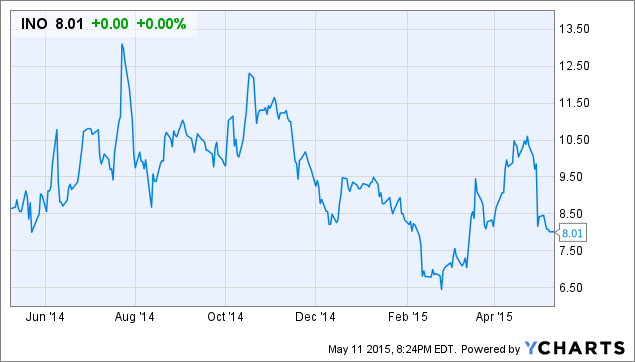