Brean Capital analyst Jonathan Aschoff weighed in today with a few insights on IntelliPharmaCeutics Intl Inc (USA) (NASDAQ:IPCI), after the company provided an update on the progress of the product development programs for both its Rexista(TM) Oxycodone Abuse Deterrent oxycodone hydrochloride extended release tablets and for its Regabatin(TM) XR once-daily, non-generic extended release version of pregabalin.

The analyst rates the stock a Buy with an $8 price target.

Aschoff wrote, "Intellipharmaceutics made some clinical progress with its non-generic drug candidates, Rexista and Regabatin XR. Based on positive results from three Phase 1 trials comparing the bioequivalence of Rexista to Oxycontin, the company submitted an IND to the FDA to begin Phase 3 trials with Rexista in chronic low back pain, pending FDA guidance on the IND filing. The three Phase 1 trials examined the PK of Rexista compared to Oxycontin in healthy volunteers under three different conditions. All three trials demonstrated the bioequivalence of Rexista compared to Oxycontin for all matrices. Given the positive Phase 1 bioequivalence data, we expect an FDA response to the IND in the coming 3-4 weeks, with Phase 3 trials potentially to start around mid-2015."

Furthermore, "Intellipharmaceutics will have a pre-IND meeting with the FDA to discuss the company's proposed Phase 3 program for Regabatin XR. Following the planned pre-IND meeting with the FDA, Intellipharmaceutics intends to file for an IND under the NDA 505(b)(2) regulatory pathway. We look forward to the initiations of Phase 3 trials with Rexista and Regabatin XR, and potential partnerships for either ANDAs or Rexista would partly fund costs associated with Phase 3 trials" 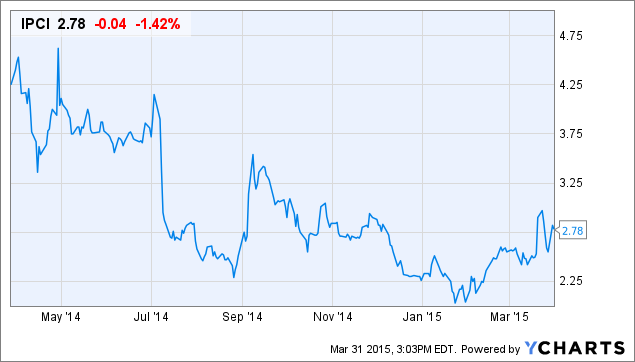