Brean Capital’s analyst Jonathan Aschoff came out today with a research note on Recro Pharma Inc (NASDAQ:REPH), maintaining a price target of $26 with a Buy rating on the stock. The report comes in response to Recro’s acquisition of its DEA licensed cGMP manufacturing facility, and the company’s leading drug, Meloxicam.

Aschoff noted that the “manufacturing facility and worldwide intravenous/intramuscular meloxicam rights bring diversification, manufacturing capacity for hire as well as for its own products, and we view the entire transaction as arguably free, given our expectation of existing revenue streams likely being able to service all of the $50 million in debt Recro used to pay for everything.”

He also stated that “Meloxicam is the company’s lead drug now, given that it already is Phase 3 ready, and that the drug has at least proven itself thus far in pain in six Phase 2 trials. We are also highly encouraged by the interim Phase 2 outcome last week with Dex, particularly with the trial requiring only 170 patients versus the 200-250 projection of management.” 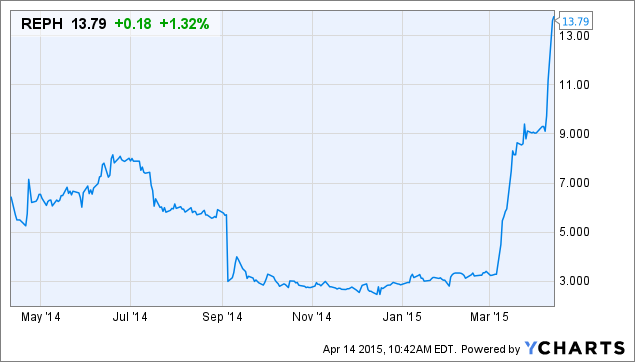