In a research report released Thursday, Brean Capital analyst Difei Yang maintained a Buy rating on Zogenix, Inc. (NASDAQ:ZGNX) with a price target of $2.50, after new clinical data presented at the European Paediatric Neurology Society meeting this week on Dravet Syndrome. Zogenix shares are currently trading at $1.50 up $0.03 or 2.04 percent.

Yang observed, “This analysis, which includes ten patients from the original study group (as published in 2012) and two new patients who began treatment in 2011, showed that at least 80% of patients achieved a greater than or equal to 75% reduction in the frequency of seizures during the annual follow-up visits. The data further supported the long-term efficacy of low dose fenfluramine as observed in previous studies.”

“In our view, Zogenix is significantly undervalued since ZX008 is a low-risk Phase III asset. Two things we would like to point out: 1). few compounds in Phase III development have the type of longitudinal clinical data as ZX008 has; and 2). on relative valuation, Zogenix clearly lags behind its competitor GW Pharmaceuticals.”, the analyst added.

According to TipRanks.com, which measures analysts’ and bloggers’ success rate based on how their calls perform, analyst Difei Yang has a total average return of 16.2% and a 69.4% success rate. Yang has a 12.2% average return when recommending ZGNX, and is ranked #381 out of 3610 analysts. 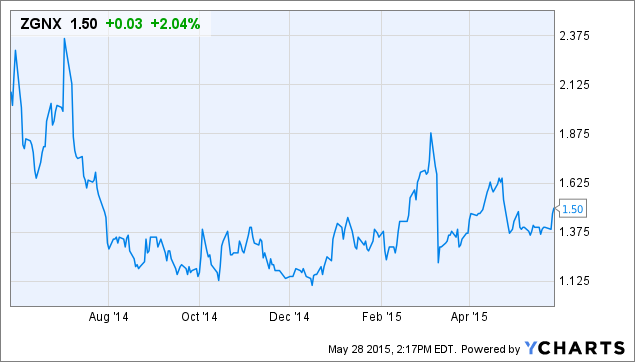