In a research report issued today, Brean Capital analyst Jonathan Aschoff maintained a Buy rating on Keryx Biopharmaceuticals (NASDAQ:KERX) with a price target of $26.00. The report follows and FDA approval, which was released last friday. The approval consist of ferric citrate (formerly known as Zerenex since the FDA wants a different brand name), which controls the serum phosphorus levels in CKD patients on dialysis.

Aschoff noted, “We are not concerned by the warning for iron overload in the label, since ferric citrate alone did not show any iron overload in its trials, and we see the warning as rather for potential iron overload associated with the use of IV iron on top of ferric citrate, which makes perfect sense. Consistent with this view is the fact that nowhere does the label say that ferric citrate itself causes iron overload. Only 1 patient in all of the ferric citrate trials had elevated iron in the liver, and that patient was on both IV iron and ferric citrate.” Furthermore he notes: “We see this label as little more than a highly conservative blanket statement on the part of the FDA to cover itself. Physicians are simply advised to assess and monitor iron parameters when using ferric citrate and IV iron, and they may need to reduce the dose of, or discontinue, IV iron therapy, which is the whole point with this differentiated drug. The ferric citrate label warning is not a call to perform extra monitoring of patients, since these patients are already routinely monitored. We note that even after the FDA warned back in 1Q07 that aggressive use of ESAs to raise hemoglobin to a target of 12g/dL or higher was associated with serious and life-threatening side-effects and/or death, ESAs were still used off label for dialysis and that use peaked even after the warning was issued simply because dialysis centers could substantially profit from their use. Only when the bundle came into play, another economic (as opposed to medical) item, did ESA use plummet because now it is economically advantageous to avoid ESA use, and the resulting excess use of IV iron can be seen in how ferritin levels have risen dramatically post bundle. We also note how all Genzyme had to do with Hectorol to outsell Zemplar was to price Hectorol a little lower and let the economic dynamics of the bundle do the rest of the work. It ain’t rocket science.” 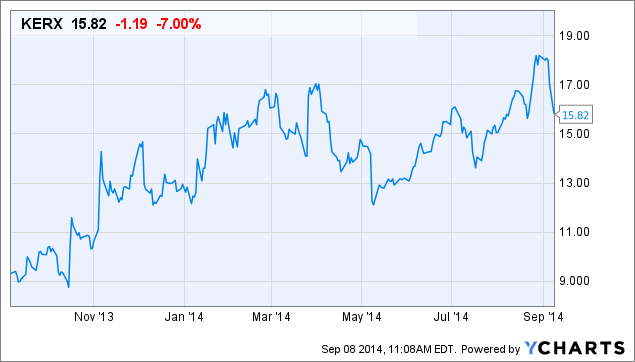