Brean Capital analyst Jonathan Aschoff weighed in today with a few insights on Nektar Therapeutics (NASDAQ:NKTR), following the news that AstraZeneca plc (ADR) (NYSE:AZN) will commercialize Movantik in the US jointly with Daiichi Sankyo starting in early April.

Aschoff noted, "The co-commercialization agreement adds 400 sales representatives from Daiichi and brings the total number of sales reps for Movantik up to 1,200 from 800 with AstraZeneca on its own. This agreement with Daiichi shows AstraZeneca’s determination to aggressively launch Movantik in the US to the large number of patients with chronic OIC. Under the terms of the agreement, AstraZeneca will receive an upfront payment of $200 million and sales milestones of up to $625 million."

Furthermore, "AstraZeneca will be responsible for manufacturing, and will book all sales for Movantik on its account and pay sales-based commissions to Daiichi. Since Nektar is entitled to tiered 20+% royalties on Movantik US sales, we view today’s agreement as favorable for Nektar as it should significantly boost Nektar’s royalty revenue."

The analyst rates NKTR a Buy with a $17 price target, which represents a potential upside of 43% from where the stock is currently trading. 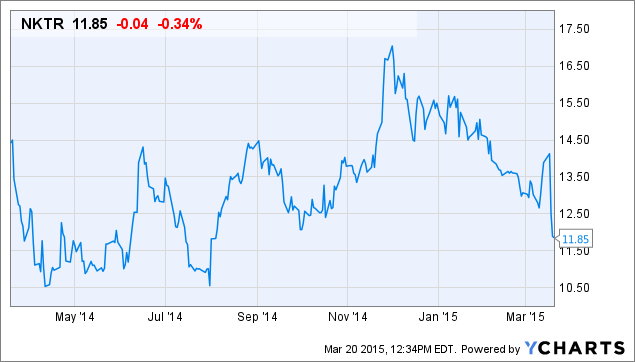