Brean Capital analyst Sarah Hindlian weighed in today with a few insights on Facebook Inc. (NASDAQ:FB), as the company will be hosting its F8 Developer Conference in San Francisco Wednesday and Thursday this week. The analyst highlighted some key initiatives he believes are on the horizon, largely targeting the mobile app development community and mobile ad deployment tools.

Hindlian noted, "We expect Parse to be one of the primary topics at this week’s F8 Developer Conference. We believe that Facebook is increasingly seeking to become a software platform leveraging its acquired development tool. The goal appears to be to embed Facebook within mobile applications, drive users onto the Facebook platform and collect wider off-Facebook user data. The product is young, has seen some significant developer pushback and we believe has been substantially revamped by Facebook in recent months."

Furthermoer, "We anticipate updates on Messenger initiatives, WhatsApp, early Instagram advertising, and the role of third-party app developers within the entire Facebook family of products. We expect that virtual reality company Oculus will also be represented, but are not anticipating any major hardware changes at this time. We also anticipate more robust analytics as the industry places a greater emphasis on understanding ad conversion (please see our sector launch piece for more details)."

The analyst added, "We also believe Facebook may announce some products similar to the advertising tools that Twitter has been rolling out in the past several weeks – including a potentially full suite of mobile ad exchange tools, which may overlap with Twitter’s MoPub but would nicely integrate with Parse."

Hindlian maintained a Buy rating on FB with a price target of $96, which represents a potential upside of 12.5% from where the stock is currently trading. 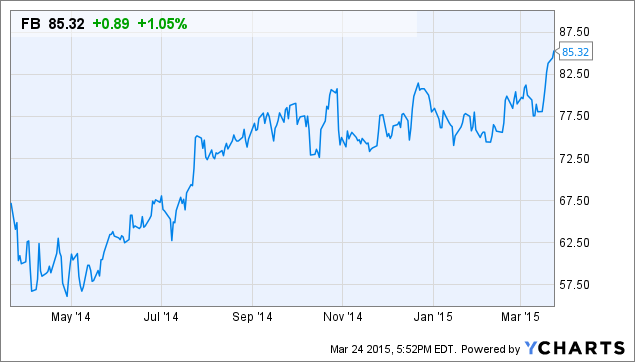