In a research report issued Friday, Brean Capital analyst Difei Yang downgraded shares of Pernix Therapeutics Holdings Inc (NASDAQ:PTX) from Buy to Hold, after the pharma company released its second-quarter earnings report that failed to live up to Wall Street’s high expectations. Pernix posted revenue of $36.8 million, compared to Street’s $40.3 million, with an approximate meet for GAAP EPS at about ($0.47). Pernix shares reacted to the news, falling nearly 16% in pre-market trading.

Yang noted, “We are disappointed about the halting of progress on the sNDA of Treximet and believe the extended life would have benefited the company. Pernix sold $12.4 million during Q2, and it is possible an additional dilutive capital raise lies ahead.”

The analyst continued, “With the pending negotiation with a debt holder, in particular, the $195.1 million of 12% Senior Secured notes, it is unclear when and how the final terms would materialize. Given the shortened asset life of Treximet and high infrastructure cost, it is difficult to see a reasonable path to profitability.”

As usual, we recommend taking analyst notes with a grain of salt. According to TipRanks.com, which measures analysts’ and bloggers’ success rate based on how their calls perform, analyst Difei Yang has a yearly average return of -8.8% and a 36.5% success rate. Yang has a -46.2% average return when recommending PTX, and is ranked #3967 out of 4110 analysts.

As of this writing, all the 4 analysts polled by TipRanks rate Pernix Therapeutics stock a Hold. 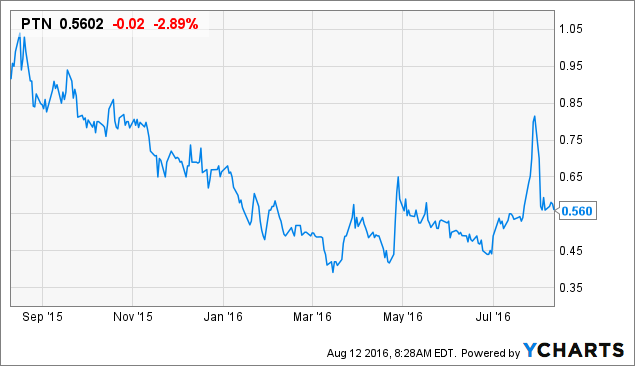