In a research report published today, Brean Capital analyst Jonathan Aschoff reiterated a Buy rating on Tetraphase Pharmaceuticals (NASDAQ:TTPH) with a $50 price target, which implies an upside of 30% from current levels. The report follows the company announcement of positive IGNITE 1 data for eravacycline in cIAI.

Aschoff w, “We caution that the IGNITE 1 trial adopted the new FDA guidance and that its micro-ITT population was different from the population evaluated in Phase 2, and therefore efficacy data from the two trials are not directly comparable. Eravacycline differentiates from other antibiotics in that it has an IV-to-oral formulation and demonstrated monotherapy potency in a broad spectrum of pathogens including both anaerobic and aerobic Gram negatives.”

The analyst continued, “Tetraphase will file eravacycline for approval for both indications, with a NDA expected by YE15. Tetraphase is ready to commercialize eravacycline in the US by itself and is seeking an ex-US partner; however, we expect Tetraphase to be acquired before then, given big pharmas’ appetite for antibiotics lately. We raise our TP based primarily upon lowering our discount rate given the risk reduction.” 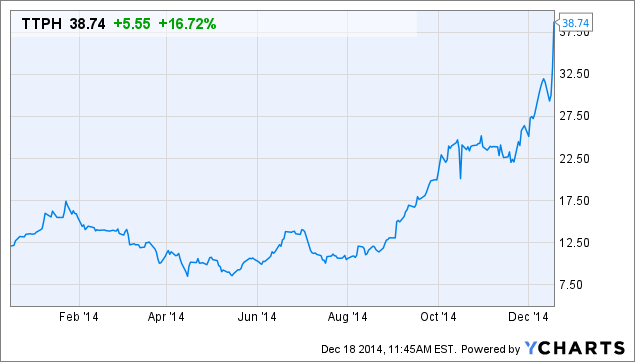