In a research report published Friday, Brean Capital analyst Lucas Pipes reiterated a Hold rating on Alpha Natural Resources (NYSE:ANR) and reduced the fair value estimate to $1.50 (from $2.00), as the company reported a fourth-quarter miss against Street estimates with adjusted EBITDA of ~$43 million, below consensus of $48 million.

Pipes noted, “Eastern costs remained strong while volumes (both met and thermal) beat our expectations. Eastern volume guidance was decreased across the board for 2015 (met and thermal), with consequent cuts to Eastern costs (midpoint of guide $61/ton), SG&A, and capex. PRB sales are guided higher YoY to 36-40 million tons, benefiting from rail improvements, with lower costs expected on diesel savings and more efficient equipment use. Further, the company did not anticipate additional large asset sales in 2015 and updated Emerald’s scheduled shut-down to Q4’15. Alpha anticipates placing no further thermal tons for export without higher pricing, while it continued to see met coal demand from Europe (with some optionality into India). While the company did not foresee a meaningful sea change, it remained committed to rightsizing its footprint, and conserving liquidity.” 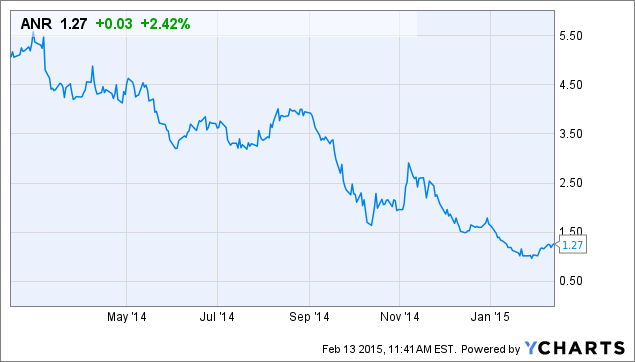