In a research report released Tuesday, Brean Capital analyst Jason Wittes assumed coverage on shares of Inovio Pharmaceuticals Inc (NASDAQ:INO), with a Buy rating and price target of $18, which implies an upside of nearly 90% from current levels.

Wittes noted, “The company is entering Phase III with its VGX-3100 for HPV-related pre-cancers/cervical dysplasia. In addition, the company has a large portfolio of cancer immune therapies including head & neck and prostate (INO-5150 PSMA and PSA), both of which will read out Phase I data in Q4. In addition, the company has an attractive, externally funded, vaccine development portfolio. This includes a Zika vaccine, which is enrolling in a Phase II trial and will read out its 40-patient Phase I data in 4Q16. The majority of these trials are externally funded (see exhibit for full details). We value the stock at $18, based on a sum of the parts.”

According to TipRanks.com, which measures analysts’ and bloggers’ success rate based on how their calls perform, analyst Jason Wittes has a yearly average return of 6.9% and a 58% success rate. Wittes is ranked #454 out of 4197 analysts.

Out of the 5 analysts polled by TipRanks, 4 rate Inovio stock a Buy, while 1 rates the stock a Hold. With a return potential of 69%, the stock’s consensus target price stands at $16.00. 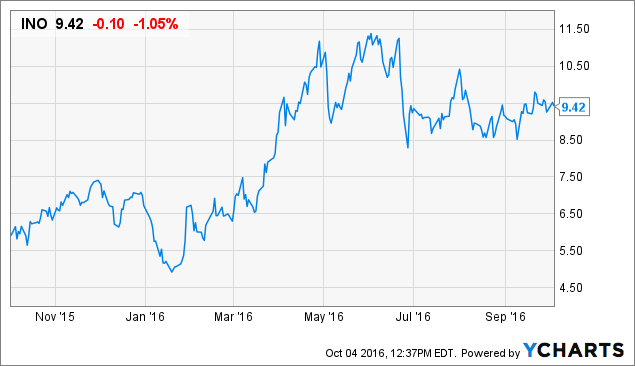