Aschoff wrote, “The number of orthopedic surgeries may have decreased in 3Q14, but they are usually elective in nature and therefore tend to be more seasonally impacted, and Pacira still met revenue consensus. Exparel infiltration still represents only 2% of the addressable market of about 40 million procedures, still leaving much room for growth. As for the FDA warning letter received in September, Pacira has seen no change in surgeons’ perception of Exparel. Negative reports came almost entirely from pharmacies but were inaccurate, claiming for example that Exparel has a black box warning or some other misleading safety-related issue. While US approval can lead to a shortened regulatory pathway in territories such as Latin America and Canada, Europe and Japan are more difficult markets to penetrate due to reimbursement and additional clinical requirements, respectively, and thus any ex-US activity would likely target outside of Europe and Japan.” 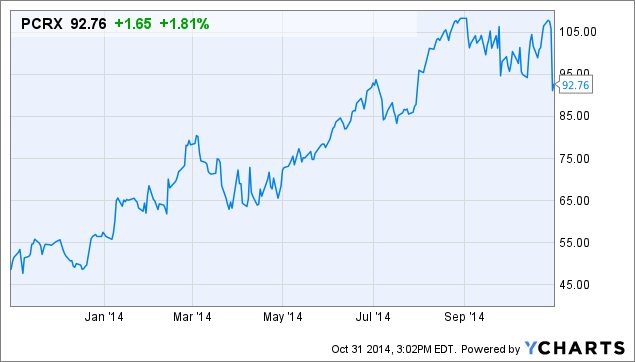