In a research report published Wednesday, BMO analyst Keith Bachman reiterated an Outperform rating on Apple (NASDAQ:AAPL) and slightly raised the price target to $130 (from $123), as the company reported a net profit of $18bn in its fiscal first quarter, which represents the biggest quarterly profit ever made by a public company.

Bachman wrote, “The most interesting comment from the call was that only a fraction of the installed base had upgraded to new iPhones. If we assume that the last 10 quarters of iPhones sold through the September quarter equates to the installed base, this would suggest ~375 million users. Management commented that only a small “teens %” had upgraded to iPhone 6 family. If we apply 12%, this would suggest about 45 million users had upgraded, whereas we believe that iPhone 6 sales since inception are closer to 75-80 million units. Hence, we if applied a 12% ratio to an assumed figure of 75 million iPhone 6 sales since inception, this would suggest a user base of closer to 625 million. We don’t think this is an academic exercise, since we believe the size of the installed base is important to yield future growth of iPhones. In other words, such a large installed base, with low upgrades to date, suggest the potential for strong iPhones sales in the next several quarters.” 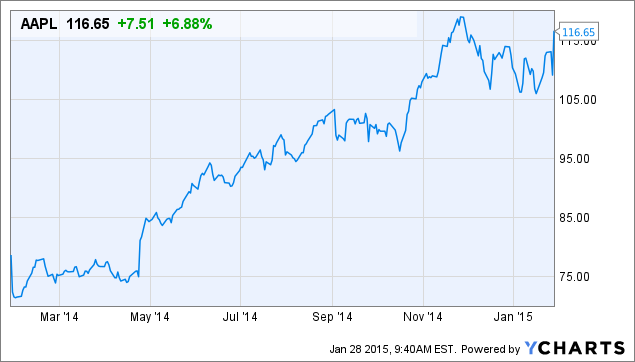