BMO Capital analyst Keith Bachman weighed in today with a favorable report on Apple Inc. (NASDAQ:AAPL), after the tech giant hosted its September Event yesterday. The analyst retained his Outperform rating with a price target of $145, which represents a potential upside of 29% from where the stock is currently trading.

The analyst believes that Apple brought new technology to the market that will matter to a segment of professional users, particularly creative users. Apple Pencil was a surprise, as Steve Jobs more than once lambasted the concept, but the analyst believes the Pencil will have high utility to the intended user base. While Bachman believes that the relatively high price of the iPad Pro will limit the unit impact, he nevertheless believes sales will largely be incremental to our forecast.

Bachman observed, “We thought Apple’s event was a positive given that Apple continues to drive sustainable competitive positioning through technology innovation, not price. For example, as we contemplated the launch of Apple’s larger-screen iPad over the past year, our fear was that Apple would simply announce a large-screen product.”

“The iPhone 6 starts at $99, while the new low end will be the iPhone 5 for free based on two-year contract pricing. We believe the lower pricing, including the iPhone 6 and 6 Plus, will help generate upgrades from new customers, especially in emerging markets. As we previously, noted, we believe that two-thirds of iPhone sales in CY2016 will be generated from upgrades and one-third from new users,” the analyst concluded.

Out of the 51 analysts polled by TipRanks, 36 rate Apple stock a Buy, 13 rate the stock a Hold and 2 recommend to Sell. With a return potential of 30%, the stock’s consensus target price stands at $146.17. 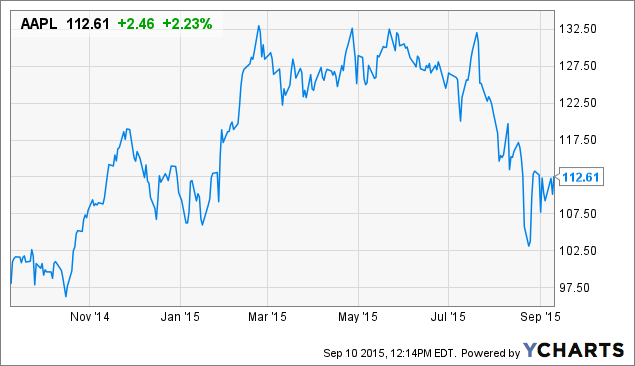