In a research report released today, BMO Capital analyst Keith Bachman reiterated an Outperform rating on Apple Inc. (NASDAQ:AAPL) and slightly raised the price target to $135 (from $130), given increased confidence that the iPhone installed base can support his projected CY15 iPhone unit sales, and since he remains bullish on the Apple Watch.

Bachman wrote, “The strength of Apple’s current iPhone offering and ecosystem, combined with Apple’s large and loyal installed base, gives us confidence in our CY15 iPhone forecast. For example, comparing our estimate for the December 2012 quarter iPhone installed base vs. our CY15 iPhone unit forecast implies that if 94% of the user base upgrades, and Apple does not add any new users, Apple would meet our forecast. Since we think Apple is adding far more users than are leaving the brand, we believe that our forecast is reasonable, and perhaps conservative.”

The analyst continued, “We remain bullish on the Apple Watch, while we think investors remain skeptical. We believe Apple Pay as well as Health and Fitness apps will drive initial usage. We project Apple will sell 19 million Watch units in CY15, with more than 10 million units in the December quarter. We assume that Apple Watch units will equate to about 4% of the total iPhone installed base as of the December 2015 quarter, and 8-9% of the iPhone 6 installed base during the same period. We think the Apple Watch can reach 16-17% of the iPhone 6 installed base by the end of FY16.” 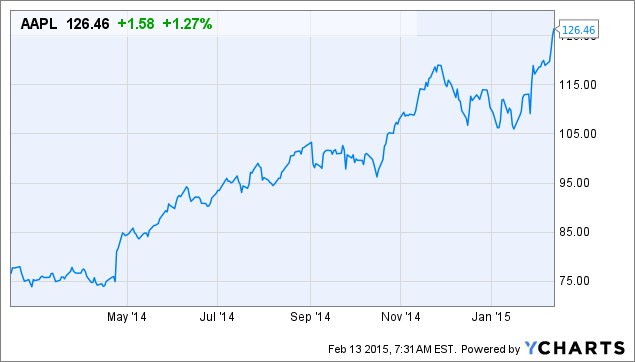