BMO Capital analyst Keith Bachman weighed in today with a few insights on the technology giant Apple Inc. (NASDAQ:AAPL), after the company held its much-anticipated March 2015 event in San Francisco yesterday. There were two primary investor questions heading into this event: 1) will users find a sufficient use case for the Watch, and 2) how much will the various watches cost.

The analyst believes the presentations characterized interesting and compelling use cases, consistent with his past writings. He thinks the health and fitness apps, along with Pay, will be the primary drivers for near-term adoption. One app that he thinks is an indication of future potential is having an airline boarding on the Watch that could free up hands while traveling, including for carrying luggage.

Furthermore, while the analyst had previously stated the price points would be varied, given the many bands, the rough average is higher than he thought. The middle tier product, Watch, will start at $599 for the 42mm screen size. The Milanese band will cause the price to increase to $699 in the 42mm size, and the stainless steel silver link band will be priced at $999. With no subsidies, and iPhone and Macs, priced in the same range as some of the watches, Apple’s price points are expensive, according to the analyst. Bachman has assumed a weighted average price of ~$420/unit in our model, with 19 million units shipped in CY15. He believes the weighted average price point could be between $500-$600, though his unit assumptions are likely too high.

The analyst concluded, “We are not changing our forecasts. However, given the price points, we think we could have some downside tension to our CY15 unit estimate of 19 million, upside to our assumed ASPs of $420 to $500+ range, and upside to our assumed 35% margins. We believe that Apple will likely have solid margins on the various watches and bands.” 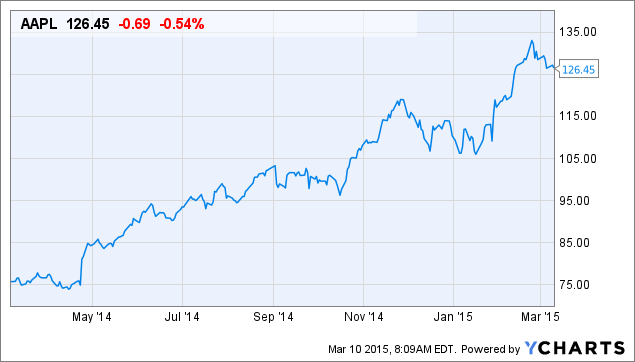