Roth Capital’s healthcare analyst Joseph Pantginis weighed in with a few insights on Bioline RX Ltd (NASDAQ:BLRX), after the company announced the initiation of the Phase IIb study of BL-8040 in AML consolidation treatment. Additionally, the analyst reiterated a Buy rating on BLRX, with a $7.00 price target, which represents a potential upside of 346% from where the stock is currently trading.

Pantginis noted, “This study is an important first step in the development of BL-8040 and the planned broadening of its profile, in our belief. The rationale for this study comes from clinical and preclinical data showing that BL-8040 has a dual MOA: a) mobilizing leukemic blasts out of BM thereby exposing them to cytotoxic agents and b) direct induction of apoptosis in leukemic blasts.”

“We expect to receive an update about the Type B meeting with FDA regarding the planned Phase II study of BL-8040 in stem cell mobilization. Recall that Phase I study in healthy volunteers met all safety and efficacy endpoints. We believe these data represent important proof of concept demonstrating BL-8040’s efficacy in mobilizing SC as well as its differentiating characteristics from current SC mobilization procedure with GCSF and Mozobil,” the analyst added. 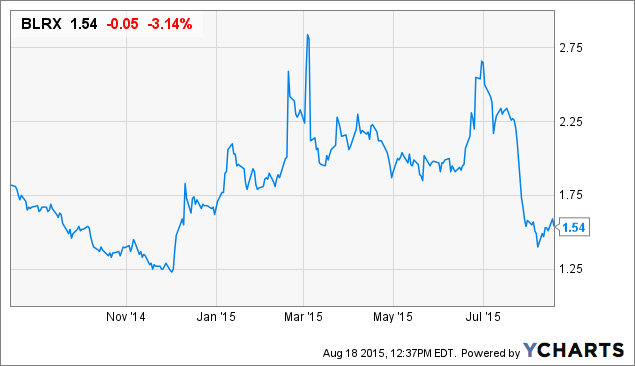