Biogen: Lingo ‘Success’ Is Not A Relevant Part Of The Story, Says Piper Jaffray’s Joshua Schimmer

Piper Jaffray’s healthcare analyst Joshua Schimmer weighed in today with his thoughts on Biogen Idec (NASDAQ:BIIB), following the results from a phase 2 study of the company’s anti-Lingo antibody for optic neuritis. The analyst rates the stock an Overweight with a $386 price target.

The analyst continued, “We will see if the program delivers clinical benefit in the MS setting in 2016 and do not include it in our model or valuation. BIIB is still our top large cap pick though on the basis of its attractive growth, reasonable multiple and Alzheimer’s and other programs.” 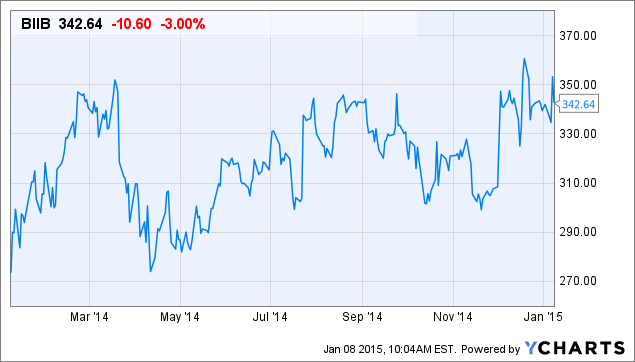