BioDelivery Sciences International, Inc. (NASDAQ:BDSI) shares are up 13% this morning, after Janney Montgomery analyst Ken Trbovich upgraded BDSI from a Neutral to a Buy rating with a price target of $4, which implies an upside of 63% from current levels.

Trbovich explained, “Endo has not yet announced, but clearly won preferred status for Belbuca relative to market leader Butrans on the Prescription Drug List at United Healthcare. ENDP’s initial launch has been disappointing, but the United contract improves the outlook and is set to take effect on January 1, 2017. Additionally, BDSI has announced five contract wins for Bunavail since July. This places BDSI on a path to show meaningful growth for Bunavail growth in 2017. As a result, our preliminary 2017 BDSI revenue estimate of $25 mln shows significant improvement from our current 2016 estimate of $15 mln. Based on the improved outlook we are raising our rating to Buy and maintaining our $4 fair value estimate.”

As usual, we like to include the analyst’s trackrecord when reporting on new analyst notes. According to TipRanks.com, which measures analysts’ and bloggers’ success rate based on how their calls perform, 5-star analyst Ken Trbovich has a yearly average return of 52.6% and a 53% success rate. Trbovich ranked #85 out of 4189 analysts.

Out of the 5 analysts polled by TipRanks, 4 rate Biodelivery stock a Buy, while 1 rates the stock a Hold. With a return potential of 104%, the stock’s consensus target price stands at $5.00. 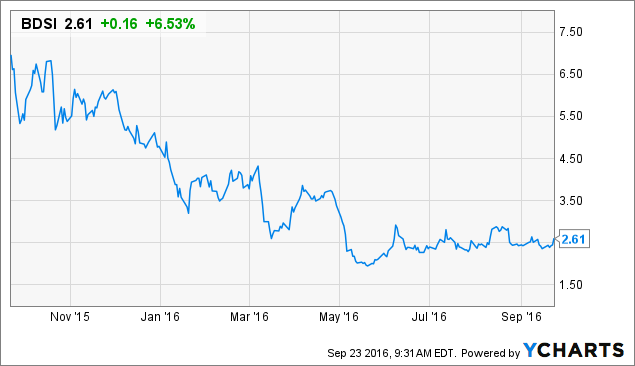