In a research report released this morning, Belus Capital analyst Brian Sozzi upgraded shares of Starbucks (SBUX) from Hold to Buy with $85 price target, ahead of the company’s 3Q14 earnings release.

Sozzi wrote, “Although we have concerns on the commentary that could surround coffee prices, our research suggests Starbucks has had a strong quarter. New food and drink introductions may lead to some surprise on average transaction value, to go along with traffic that we believe has been very robust globally due to those new food and drink offerings”.

Sozzi added, “On January 29 of this year, Starbucks announced that Founder & CEO Howard Schultz would be expanding his focus on innovation and next generation retailing and payments initiatives. We are now starting to see the big picture thinking of Schultz unfold in his new role, via a focus on global flagship store rollouts. Starbucks’ newly opened, three-level, 2,700 square foot store in Colombia could offer important clues on how Schultz views the future of retailing”.

According to TipRanks.com, which measures analysts and bloggers success rate based on how their calls perform, analyst Brian Sozzi has a 5.3% average return and an 68% success rate. Sozzi is ranked #902 out of 3215 analysts. 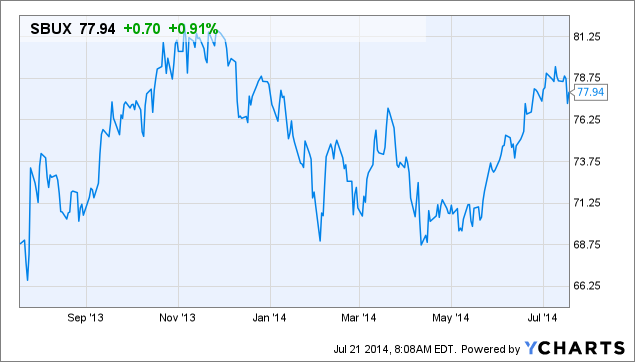