In a research report issued this morning, BMO Capital analyst Keith Bachman reiterated a Market Perform rating on shares of Hewlett-Packard Company (NYSE:HPQ), and reduced the price target to $33 (from $35), given the potential for ongoing weakness in both the printing and PC markets. Additionally, the company reported fiscal third-quarter results that came up short with consensus expectations.

Bachman wrote, “‘We think that the Hewlett Packard Enterprise (services, hardware and software) business was mostly positive on the top line, while PC/Printers continue to struggle and management’s outlook in those segments was mostly negative in the short term. EPS of $0.88 beat our/Street estimates of $0.86 and $0.85, respectively, but note that $0.02 was attributed to pulling through supplies business from Q4 to make sure channels had necessary inventory. While HP maintained FCF guidance for the year, HP narrowed its EPS range, implying lower Q4 results, and did not address CC revenue estimates (flat to slightly down), which we continue to think will be challenged.” 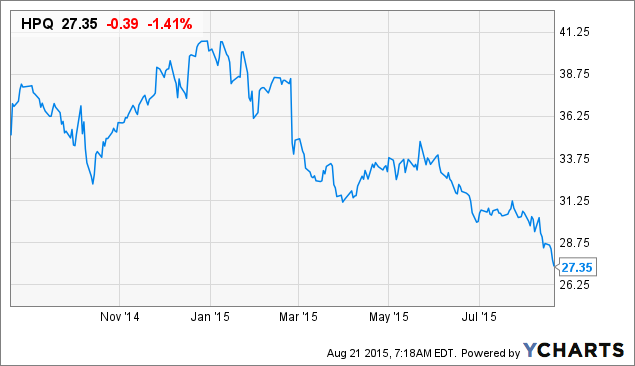