Munster commented: “Baidu’s Q1 report and, more importantly, Q2 revenue guide, was about 1% below the Street which slightly weighed on investor concern about slowing growth from the company’s last guide, which was impacted by the timing of Chinese New Year. While the company does not give expense guidance, they maintained comments from the Dec-14 call to expect R&D expense as a percent of revenue to “continue to edge up”.”

“While we believe that prior concerns around competition and mobile distribution have not been eliminated, Baidu remains a best of breed story with minimal competitive threat. Moving forward to the next year, we believe momentum from mobile and potentially some small margin upside will return.”, the analyst added.

The analyst maintained an Overweight rating on BIDU with a price target of $230, which implies an upside of 16% from current levels. 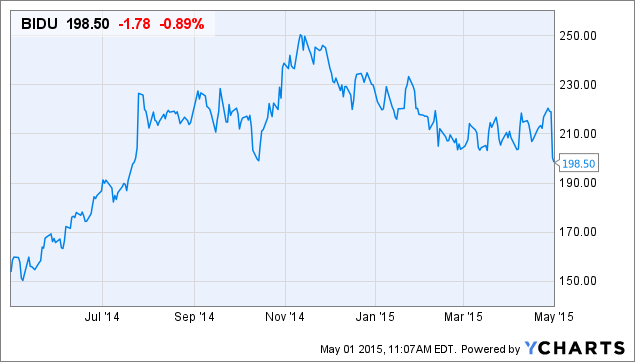 From Wall Street to the Great Wall: 3 Chinese Stocks with Over 20% Upside

3 ‘Perfect 10’ Tech Stocks to Spice up Your Portfolio