Axiom analyst Victor Anthony weighed in today with an optimistic view on Facebook Inc (NASDAQ:FB), following the news that Facebook-owned Instagram has reached the next milestone of over 400 million users, ~9 months after the announcement of crossing 300 million users. Facebook shares are up 0.69% to $93.60 in pre-market trading.

Anthony wrote, “This announcement is important because investors had been questioning whether the lack of updated user numbers implied that growth had stalled. It is also important because Instagram’s user growth is meaningfully faster than another highly visible social network, Twitter, which has seen its user growth slow recently.”

Furthermore, “We believe that the growth in Instagram’s user base has benefited from its easy integration with Facebook. It is reasonable then to expect Instagram over time to come close to Facebook’s user base, which has eclipsed 1.49B users. Instagram’s advertising platform is evolving with the recent announcement that both small and large advertisers can run ad campaigns on the platform.”

Anthony rates FB stock a Buy, with a price target of $120, which implies an upside of 29% from current levels.

Out of the 46 analysts polled by TipRanks, 41 rate Facebook stock a Buy, 4 rate the stock a Hold and 1 recommends a Sell. With a return potential of 18%, the stock’s consensus target price stands at $110. 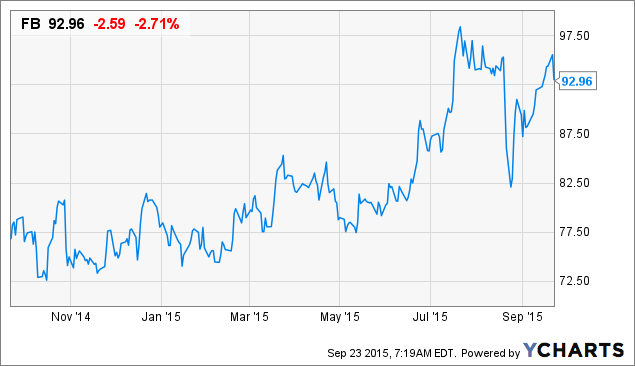