Axiom Raises Price Target for Twitter Inc Ahead of Earnings

In a research report published Monday, Axiom analyst Victor Anthony reiterated a Buy rating on Twitter Inc (NYSE:TWTR) and raised the price target to $63 (from $60), as the company is scheduled to report its first-quarter earnings results tomorrow (4/28) after the market close. The new price target implies an upside of 24% from current levels.

Anthony noted, “We expect Twitter to post solid financial results and show user growth consistent with guidance, with potential for upside for both. Advertiser checks show that Twitter is becoming a “must-buy” with each successive quarter and we believe product enhancements should drive increased usage overtime. Our positive stance goes beyond this quarter and looks at the opportunity for stronger financial performance over the next two years.”

Furthermore, “We have increased our 2016 revenue and EBITDA estimates by 2% and 3.5%, respectively. We believe Google is an interested buyer, which makes sense given that their social media efforts have largely floundered.” 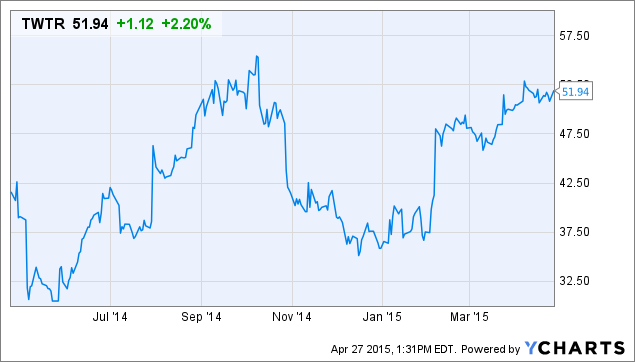