Victor Anthony, Senior Analyst of Internet Media at Axiom Capital Management, weighed in today with a few insights on Twitter Inc (NYSE:TWTR) in light of near-term advertising pressures, Google buyout rumors, and recent statements by Twitter shareholder Chris Sacca. The analyst reiterated a Hold rating on Twitter shares, with a price target of $45, which represents a potential upside of 23% from where the stock is currently trading.

Anthony wrote, “We believe Twitter’s near-term advertising pressures (Direct Response demand/ROI/engagement definition changes, advertisers pulling ads off questionable content) are solvable, and the platform’s monetization potential remains intact. However, user and engagement growth is a challenge that is likely to persist for some time, although we are encouraged by the heightened management focus on this issue through many product iterations.”

With that said, “We think Chris Sacca’s suggestions (outside of the obvious self-promotion of his portfolio companies) to drive engagement growth and time spent is spot-on in certain places and worthy of consideration by management. Despite the pullback in the shares we are maintaining our Hold rating until we see early evidence of a user and engagement fix (visibility remains low) as well as a fix to the recent monetization challenges.”

The analyst continued, “Our position is that acquiring Twitter would be a wise use of Google’s capital given its failure to capitalize on the social media user time shift, and it would influence our Hold rating on Google’s stock. Unfortunately, we believe Google acquiring Twitter is unlikely, at least in the near term. We think Google is comfortable with the partnership with Twitter at this time and Google’s management has conveyed to investors that they are looking to be more disciplined about their uses of capital.” 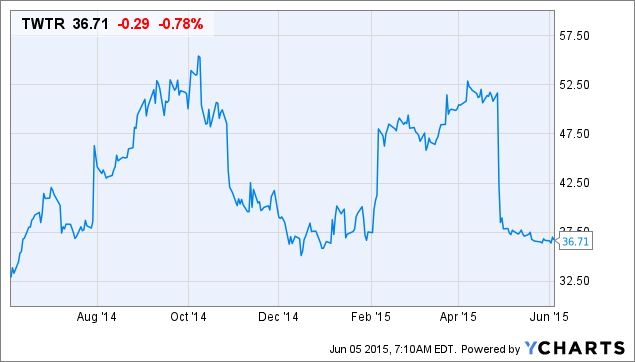