Yelp Inc (NYSE:YELP) shares are tumbling 10.72% to $37.90 following news that the online review giant has abandoned the sale process which was initiated in early May. In response, Axiom analyst Victor Anthony weighed in today with his views on the buyer search suspension.

Anthony wrote, “Our view is that Yelp did not find a buyer. We argued several times that the list of potential acquirers of Yelp touted by investors such as Google, Facebook, Amazon, and Yahoo! were unlikely to purchase Yelp. Plus, Barry Diller of IAC/InterActiveCorp stated publicly that he is not interested in purchasing Yelp, leaving few credible options.”

“Yelp, in our view, continues to face multiple secular pressures. In addition to the competitive threats from Google and Facebook, Yelp faces a series of structural issues including: 1) declining salesforce productivity; 2) pressures on brand advertising due to the industry shift to programmatic advertising; 3) traffic growth decelerating due to the desktop transition; 4) decelerating mobile traffic growth; 5) advertiser attrition, and 6) difficulty scaling monetization in international markets.”, the analyst continued.

Anthony rates Yelp shares a Hold with a price target of $43, which implies an upside of 14% from current levels.

According to TipRanks.com, which measures analysts’ and bloggers’ success rate based on how their calls perform, analyst Victor Anthony has a total average return of 16.4% and a 66.2% success rate. Anthony is ranked #81 out of 3688 analysts. 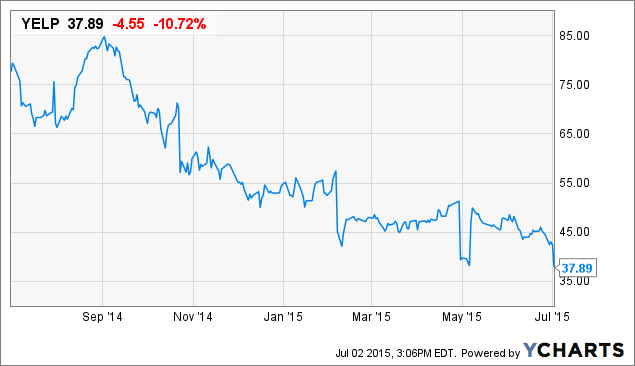