In a research report sent to investors today, Axiom analyst Gordon Johnson maintained a Sell rating on First Solar (NASDAQ:FSLR) with a price target of $30.00, which represents a potential downside of 40% from where the stock is currently trading.

Johnson noted, “While we thought FSLR had leeway through 2015 to potentially hit its 2015 EPS target of $5.25/shr, after updating our model to reflect the company’s suite of projects (where the bulk of the rev. on the profitable projects [Topaz/Sunlight/ AVSR] has been fully recognized) we now see outsized risk to both FSLR’s 2015 $5.25/shr guide & the Street’s current $4.47/shr 2015 EPS est; we pontificate the 2015 guidance day will serve as a negative catalyst.” 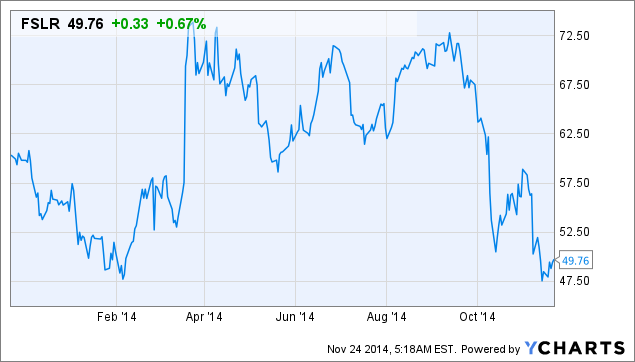