Assembly Biosciences: The Stock Is Riskier Than All Of The Stocks In Our Coverage, Says Cantor

In a research report released today, Cantor Fitzgerald analyst Irina Rivkind maintained a Hold rating on Assembly Biosciences (NASDAQ:ASMB), and raised her price target to $6.50 (from $6.25), which is based on her valuation of the HBV program (~$4/share) coupled with the value of the cash on the balance sheet (~$2.50/share). The report follows the company’s second-quarter results, posting a net loss per share of ($0.52), which beat FactSet consensus of ($0.65).

Rivkind noted, “Given the early stage of development for both of Assembly’s pipeline programs, we believe that the company will remain unprofitable for the foreseeable future. Because its assets lack clinical proof-of-concept data, ASMB is now riskier than all of the stocks in our coverage universe, in our view.” 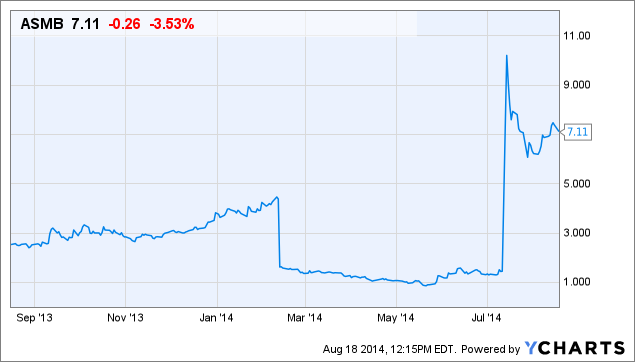