In a research report issued this morning, H.C. Wainwright analyst Reni Benjamin reiterated a Buy rating on Ariad Pharmaceuticals (NASDAQ:ARIA) with an $8 price target, as the company announced the design of its Phase 2 trial, which is intended to test the safety and efficacy of lower doses of Iclusig in CP-CML patients.

Benjamin observed, “Based on feedback from US and EU regulators, the newly designed Phase 2 trial will be a randomized, multi-arm study designed to test lower ponatinib doses (15 mg and 30 mg/day) relative to the standard 45 mg/day dose. Based on the enrollment rate of the similarly-sized Phase 2 PACE trial (449 patients at 60 sites), we expect the new trial could complete enrollment in less than a year, with top-line data available by mid-2017, with the potential for interim data.”

The analyst concluded, “With $254 MM in cash and cash equivalents (pro forma), the potential for growing ponatinib sales, and an increasing appetite among acquirers for marketed products, we believe shares of Ariad remain undervalued and represent upside for the risk-tolerant, long-term investor.” 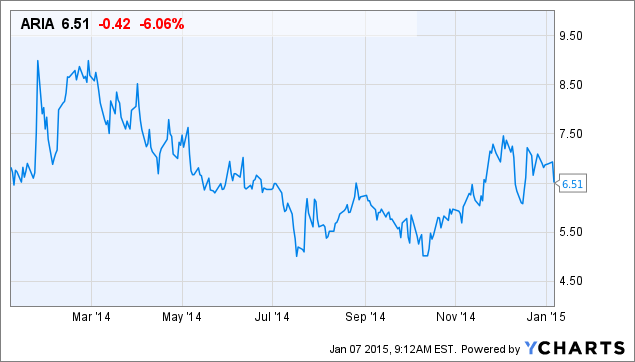