Toung wrote, “While the acquisition of Bayer’s peripheral interventional business, which closed on September 2, will contribute modestly to revenue and earnings, it will not boost growth in BSX’s two key product categories, coronary stents and cardiac rhythm management devices, which include defibrillators and pacemakers. These two categories accounted for 43% of second-quarter revenue.  BSX paid $415 million upfront for the peripheral interventional business, which is expected to be about $0.01 accretive to EPS in 2015 and increasingly accretive thereafter. The business generated $120 million in sales in 2013.  Meanwhile, sales of stents and CRM devices remain weak. In 2Q14, worldwide stent sales grew 2.0% and worldwide CRM sales rose 4.6%.”

The analyst continued, “The company has received a mixed message from an FDA panel regarding its Watchman LAA device, clouding the chances for marketing approval. Management also lowered its 2014 sales guidance when it reported 2Q results at the end of July.  We note that the stock has underperformed both peers and the broad market over the past three months, with a decline of 8.6%. We think this weak performance reflects investors’ view of the company’s uncertain growth prospects.”

According to TipRanks.com, which measures analysts’ and bloggers’ success rate based on how their calls perform, analyst David Toung has a total average return of 16% and a 92% success rate. Toung is ranked #213 out of 3343 analysts. 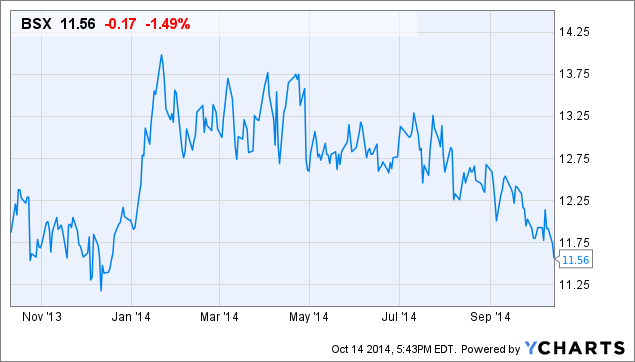