In a research report issued today, Argus analyst Chris Graja maintained coverage with a Hold rating on shares of Fortune Brands (FBHS), as he believes that the shares are fairly valued based on his expectations for growth in operating income and EPS and based on the multiples where similar covered companies, such as Masco and Stanley Black & Decker are trading.

According to TipRanks.com, which measures analysts and bloggers success rate based on how their calls perform, analyst Chris Graja currently has an average return of -3.5% and a 50% success rate. Graja is ranked #2851 out of 3160 analysts. 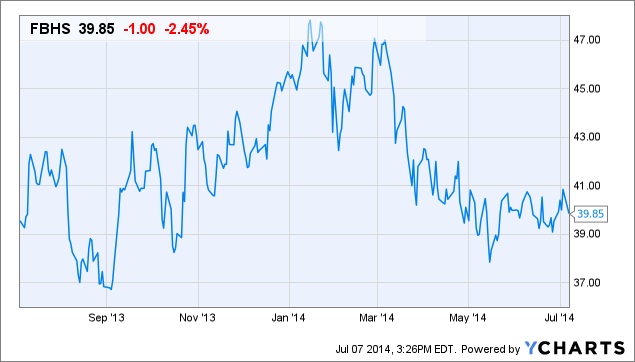