In a research report released Wednesday, Cantor analyst Irina Rivkind maintained a Hold rating on Apricus Biosciences (NASDAQ:APRI) with a price target of $1.50, following the company’s third quarter results, posting revenues of $1.9M and EPS of ($0.08) in the quarter versus FactSet consensus of $1.2M and ($0.09), respectively.

Rivkind noted, ” 3Q:14 earnings beat on Vitaros license payment: Apricus reported revenues of $1.9M and EPS of ($0.08) in the quarter (including discontinued operations) versus FactSet consensus of $1.2M and ($0.09), respectively. The beat was driven primarily by the recognition of $1.0M in license revenues for Vitaros from Laboratoires Majorelle. Apricus now has ~$16.1M in cash and cash equivalents (excluding the $10M in cash it secured to fund the fispemifene program), which we believe is a sufficient runway in the near-term.” 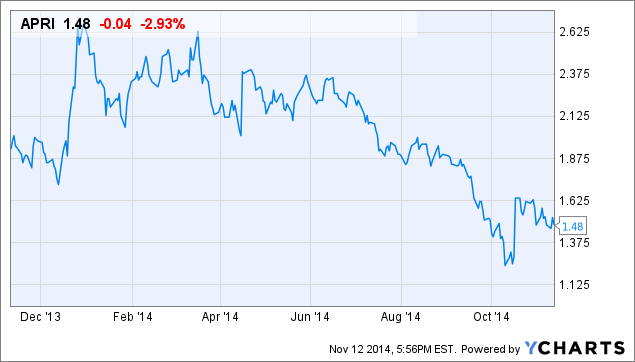