Piper Jaffray’s lead technology analyst Gene Munster weighed in today with a research note on Apple Inc.(NASDAQ:AAPL), after tracking the pricing of iPhones on eBay (US) and Taobao (China), which he views as a high level read on both used and new iPhone demand.

The analyst has found that the resale value of the 6/6 Plus is comparatively higher than the resale value of the 5S and 5C during the same post-launch period last year suggesting strong iPhone demand. Munster noted, “We believe iPhone will continue to gain share at the high end smart phone market, which, despite tough comps starting in Dec-15, should move shares of AAPL higher.”

Gene Munster rates Apple shares an Overweight, while implying a price target of $162, which represents a potential upside of 27.5% from where the stock is currently trading.

Yesterday, Cantor Fitzgerald analyst Brian White also came out with some insights on Apple after all three of the company’s China-based carriers reported their mobile subscriber statistics for the month of May, and total 3G/4G subs in the country grew by 38% YoY. 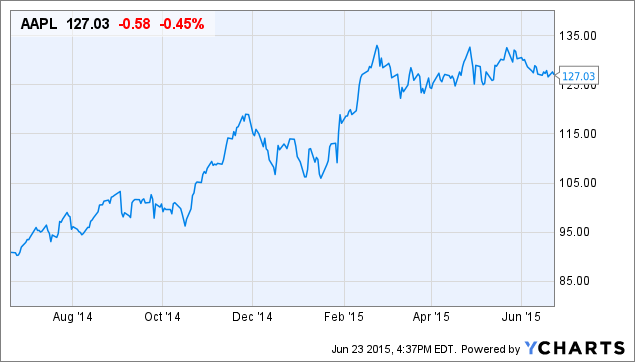