Apple Inc. (NASDAQ:AAPL) announced Wednesday that the Apple Watch will go on sale in another seven countries beginning Friday, June 26. Those countries are Italy, Mexico, Singapore, South Korea, Spain, Switzerland and Taiwan. They will join the other territories where the smartwatch is already available to buy, namely Australia, Canada, China, France, Germany, Hong Kong, Japan, the UK, and the US. Additionally, Apple will begin selling certain Apple Watch models in the Apple Retail Stores in two weeks. In response, Brian White, Global Head of Technology Hardware and Software research at Cantor, weighed in with a few insights on Apple’s ramp announcement. The analyst also reiterated a Buy rating on AAPL, with a price target of $195, which represents a potential upside of 51% from Thursday’s closing price.

White wrote, “During our meetings in Taipei this week, the tone around demand trends for the Apple Watch in the supply chain has been disappointing, but we feel that a component issue has severely held back Apple’s ramp schedule (thereby holding back the true sales potential of the new device), thus we are very pleased with this announcement that Apple Watch will launch in another seven countries on June 26 and become available in Apple retail stores in two weeks. We continue to believe Apple Watch will prove to be the best selling new product in Apple’s history (within first 12 months).” 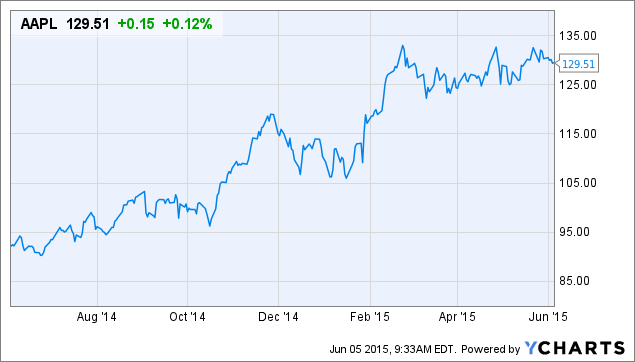