Sales of the Apple Inc. (NASDAQ:AAPL) Watch have fallen by 90% since the initial surge in April, according to a new market-research report. The drop has been so dramatic that Apple is now selling less than 20,000 watches a day in the U.S. since its opening week.

However, Apple’s very strong iPhone 6 upgrade cycle should continue through 2015, due to ongoing upgrade sales and high-end market share gains. The The Wall Street Journal recently reported that Apple is considering a third assembler, Wistron Corp., in order to meet iPhone demand. In conjunction with the report, the WSJ also suggested that Apple has asked its manufacturers to make 85-90 million new iPhones by Dec-31.

Bachman  wrote, “For our estimate changes, we think the iPhone continues to gain share, including strong units in the June quarter. Our estimate of 48 million units represents a 22% q/q decline. We think it is possible that Apple will report 50 million iPhone units in the June quarter.” In contrast, “We have been disappointed with the Watch, from both personal use and based on anecdotal feedback from stores and other users/customers. While we think Apple is being aggressive about providing customer support for the Watch, we think the product is “nice to have” but not a necessity, and is a bit hard to use.”

In his research report, the analyst reiterated an Outperform rating on Apple stock with a price target of $145, which implies an upside of 21% from current levels. 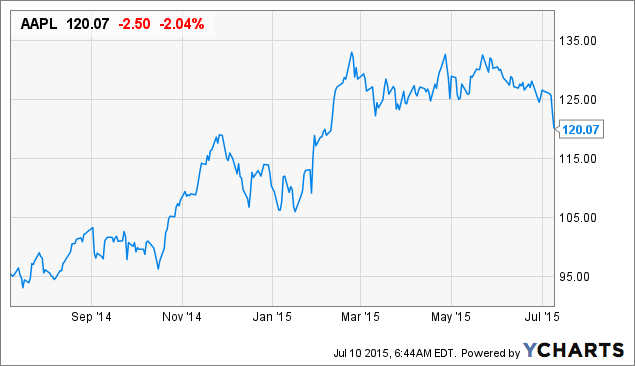