The The Wall Street Journal reported that Apple Inc. (NASDAQ:AAPL) is considering a third assembler, Wistron Corp., in order to meet iPhone demand. In conjunction with the report, the WSJ also suggested that Apple has asked its manufacturers to make 85-90 million new iPhones by Dec-31.

In his today research note, Piper Jaffray analyst Gene Munster respond, “We believe that the Street is currently around 122m iPhones in the back half of 2015, thus the midpoint of the 85-90m new iPhone build report would represent about 70% of total iPhones in the second half of the year. We view this as in line to slightly above typical new launch patterns, implying in line to slight upside to Street iPhone estimates. Overall we view the report as a positive indicator for Street numbers for the rest of the year.”

The analyst maintained an Overweight rating on AAPL with a price target of $162, which implies an upside of 31% from current levels.

The analyst revealed, “Our global wireless surveys over the June quarter indicated strong iPhone 6/6 Plus smartphone sales as the iPhone remained the top selling smartphone at all four Tier-1 US carriers with overall sell-through share estimated near 50%. We believe Apple’s very strong iPhone 6 upgrade cycle should continue through C2015 due to ongoing upgrade sales and high-end market share gains. Given our estimate only 20% of the iPhone installed base had upgraded to the iPhone 6 devices by the end of Q2/F2015, we anticipate continued strong replacement sales to existing iPhone consumers.”

The analyst maintained a Buy rating on AAPL with a price target of $160, which implies an upside of 27.% from current levels. Michael Walkley has a total average return of 22.6% and a 68.6% success rate.

Walkley has a 29.4% average return when recommending AAPL, and is ranked #6 out of 3692 analysts, according to TipRanks.com 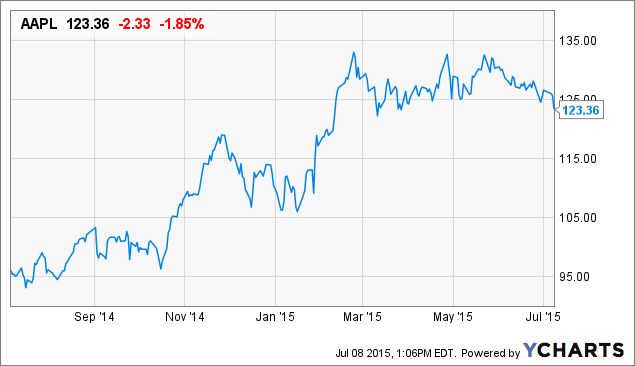