Cantor Fitzgerald analyst Brian White weighed in with some insights on Apple Inc. (NASDAQ:AAPL) after all three of the company’s China-based carriers reported their mobile subscriber statistics for the month of May, and total 3G/4G subs in the country grew by 38% YoY. White reiterated a Buy rating on the stock with a price target of $195, which represents a potential upside of 53.0% from where the stock is currently trading.

White noted, “Although today’s big media story around Apple is Taylor Swift reportedly getting her way regarding royalty payments during a three-month trial period at Apple Music; we believe selling iPhones into China is still where the money is for Apple.”

Further, “Given the 4G expansion in China and rise of the middle class, we continue to believe that Apple’s iPhone portfolio is better positioned than ever to benefit from a major upgrade cycle across the country with larger iPhones (i.e., iPhone 6, iPhone 6 Plus) and a growing relationship with China Mobile. During 1Q:15, Apple surpassed Xiaomi to become the #1 vendor in China’s smartphone market, with unit shipment market share of 14.7% (vs. 8.7% a year ago) based on estimates from IDC.” 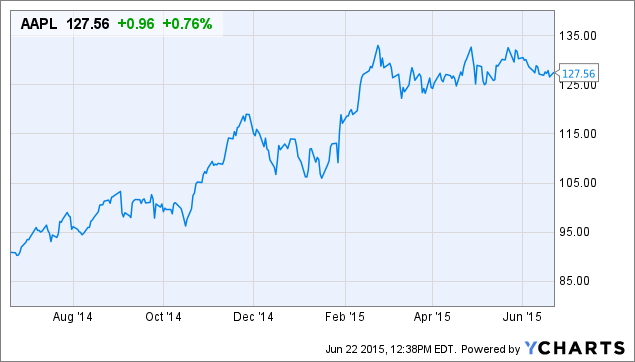