In a research report issued Tuesday, Cantor Fitzgerald analyst Brian White reiterated a Buy rating on Apple Inc. (NASDAQ:AAPL) and raised the price target to $180 (from $160), which represents a potential upside of 41.5% from where the stock is currently trading. Apple shares are currently trading at $127.85, up $0.64 or 0.50 percent.

White noted, "Next month, Apple will enter its first new product category in five years, while media reports over the past several weeks have highlighted potential new areas of future innovation. Also, we believe Apple's iPhone portfolio and position in China have never been stronger. Finally, Apple has shown its commitment to returning cash to shareholders, and we expect more in April. We believe the combination of these forces will drive the market to reward Apple's stock with an expanded P/E multiple, and we are raising our 12-month price target." 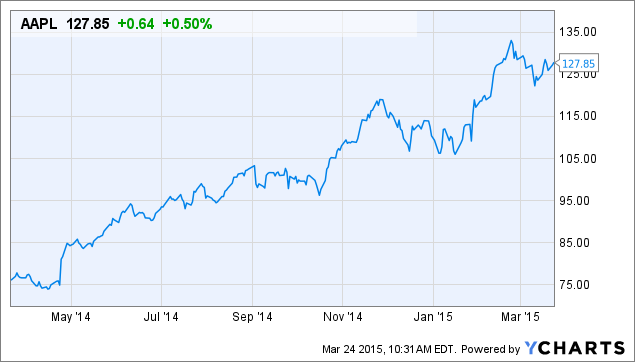