Until recently, there have been mainly two key players in the subscription music game: Spotify and Pandora. Analysts are expecting this to change with the much anticipated launch of Apple Music. Like its competitors, the service will offer unlimited, on-demand access to tens of millions of songs for a price of $10 a month for a single subscription and $15 a month for a family plan.

According to Cantor analyst Brian White, Apple’s digital matrix is often under appreciated, operating in the shadow of the company’s mobile device portfolio; however, he believes the company again proved yesterday with the launch of Apple Music that mobile device competitors will increasingly find it difficult to keep up with the rapid innovation occurring on “Planet Apple”.

“With the recent launch of Apple’s first new product category in five years with Apple Watch, strong momentum for the iPhone 6/6 Plus and the company’s expanding digital ecosystem, we believe Apple’s future prospects have never been brighter and the stock is trading at just 10x our CY:16 EPS projection (ex-cash).”, White noted.

FBR analyst Daniel Ives also joined the crowd with some commentary. The analyst believes Apple will gain a lot of share in the music streaming market because of its installed base of users. Ives goes on to say, “We see streaming music as the tip of the iceberg for Apple,” and that “the company’s massive installed base (e.g., iTunes) and ability to access/pay for high-quality content position Apple to gain significant market share versus incumbent vendors (e.g., Spotify, etc.) in the streaming music space.” 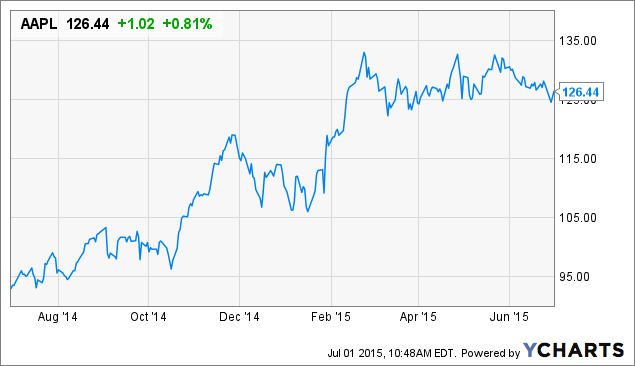