In a research report released after market close, Piper Jaffray analyst Gene Munster provided a few insights on Apple Inc. (NASDAQ:AAPL), after the tech giant reported lower than expected numbers for its revenue and iPhone shipments, sending its shares down 7.5 percent in after-hours trading. However, the analyst remains positive on AAPL, reiterating an Overweight rating with a price target of $162.

Munster wrote, “Apple reported revenue and EPS slightly ahead of the Street. The company guided revenue essentially in-line with the Street with the high end of its guide (which we view as the true guide) at $51 billion. The reason shares are down 7% in the aftermarket is due to iPhone unit sales of 47.5 million compared to investor thinking for 49 million or more. We believe Jun-15 iPhone unit growth of 35% y/y vs 38% in Mar-15 (ex channel fill) is positive overall as it represents continued market share growth. ASPs were $660 vs $659 in Mar-15, which is a positive surprise as usually ASPs decline through the life of the cycle. We believe the theme of share growth will continue into the S cycle and remain positive on shares of Apple.” 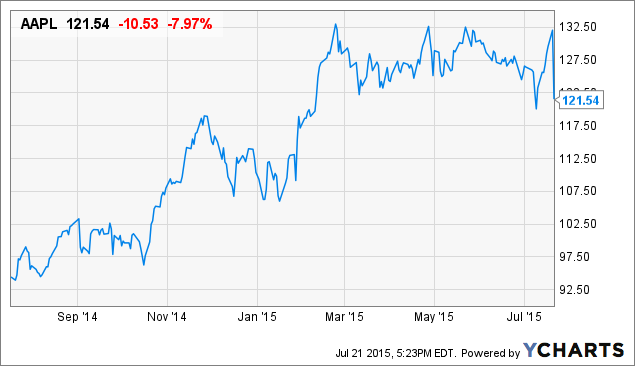