Piper Jaffray analyst Gene Munster weighed in today with his views on Apple Inc. (NASDAQ:AAPL), following today’s report from WSJ that Apple is working on an online TV service that could be announced in June and launch later this year. The analyst reiterated an Overweight rating on AAPL, with a price target of $160, which represents a potential upside of 27% from where the stock is currently trading.

Munster noted, “We believe content has been one of the hurdles to Apple selling an actual television. We expect this offering to lay the groundwork for an actual Apple television, potentially announced in 2016. We believe a television could add 5-10% to CY17 revenue.” Furthermore, “We believe that this possible content package would remove a significant hurdle to Apple launching a standalone television. While recent media reports question Apple’s interest in an actual television, we continue to believe it is the most logical next area of focus. We believe the current overall TV market was about 220 million units in 2014 of which 60% was connected (132m connected TVs); thus if Apple sold 10 million units in CY17 (likely 5% of market) at a $1,750 ASP, it would add about 7% to CY17 revenue.” 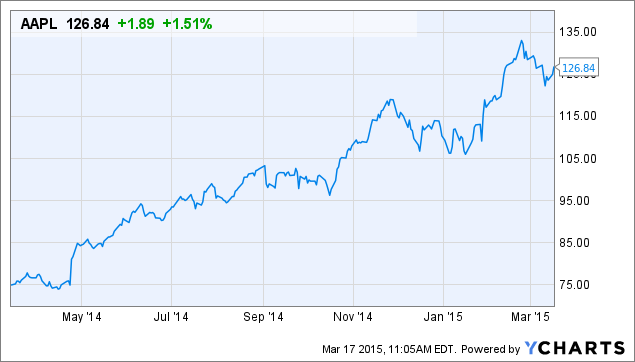