Apple Inc. (NASDAQ:AAPL) received another set of praises from analysts at BMO Capital in a research note released today after market close. The research team, led by analyst Keith Bachman, reiterated an Outperform rating and a $135 price target, which implies an upside of 7% from current levels. Shares of Apple closed today at $126.41, down $2.13 or 1.66% percent.

Bachman noted, “We remain bullish on the Apple Watch, though we think momentum will take some time to build, since we think applications will need to be created to capture the opportunity. We project Apple will sell 19 million Watch units in CY15, with more than 10 million units in the December quarter. We think key issues to be discussed on March 9 include pricing, application availability, and battery life. In our note, we include the stock’s reaction to past Apple product launches. Since the Watch has already been unveiled, we don’t see the event next week as a meaningful near-term catalyst.” 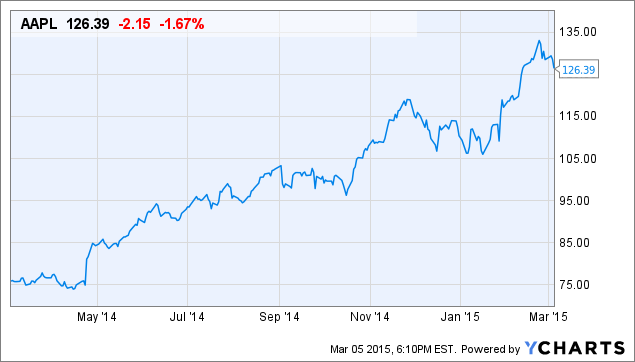