Today has been nothing short of a nightmare for shareholders of oil and gas Halcon Resources Corp (NYSE:HK). Shares of the company are down almost 70% following the news that the company will file for a prepackaged Chapter 11 bankruptcy to restructure its balance sheet and eliminate $1.8 billion in debt.

However, Roth Capital analyst John M. White remains positive, noting, “We have previously advised, in our notes that debt and preferred equity talks were ongoing and the likely conclusion would be dilution through the issuance of additional HK common shares […] If all this unfolds as outlined, this management team can then proceed to developing its 147 million BOE of proved reserves, primarily located in prime locations in the Bakken/Three Forks and Eagle Ford plays. These proved reserves are spread across approximately 123,000 net acres in the Bakken/ Three Forks play and approximately 92,000 net acres in the Eagle Ford play.”

White reiterated a Buy rating on shares of Halcon Resources, with a price target of $1.50, which implies an upside of 421% from current levels.

Is it worth listening to this analyst? Check White’s historical performance and ranking Here. 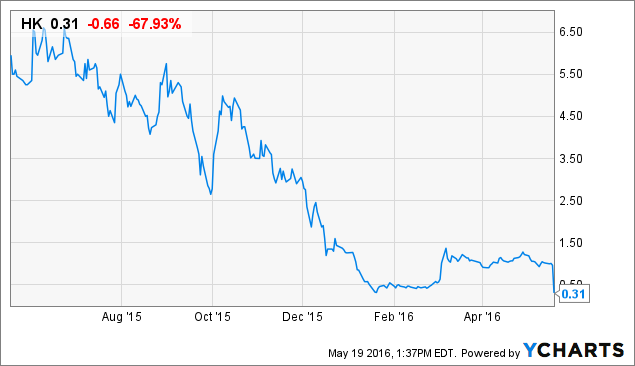 FBR analyst Susan Anderson reiterated an Outperform rating on shares of American Eagle Outfitters (NYSE:AEO), with a price target of $19, after the teen apparel retailer topped first-quarter earnings estimates, with an EPS of  $0.22, above consensus of $0.18.

The company’s shares reacted, rising nearly 18% to $15.80 on volume of 14,03 million shares, making it among the top winners today.

Anderson commented, “We think 2QTD likely continued to outperform but is potentially slower due to unseasonable weather. However, management expressed confidence in its ability to deliver a +LSD comp, which leads us to believe there could be upside if the weather becomes more favorable. In 2016, we expect AEO to continue to be a winner in the teen space and gain market share, driven by product innovation/execution, omni-channel initiatives (seamless inventory, endless aisle), international growth/profit improvement, and continued aerie growth.”

According to TipRanks.com, which measures analysts’ and bloggers’ success rate based on how their calls perform, analyst Susan Anderson has a yearly average return of -2% and a 38% success rate. Anderson has an average loss of -10% when recommending AEO, and is ranked #3068 out of 3929 analysts.

Out of the 19 analysts polled by TipRanks, 8 rate American Eagle Outfitters stock a Buy, 10 rate the stock a Hold and 1 recommends a Sell. With a return potential of 16%, the stock’s consensus target price stands at $18.07. 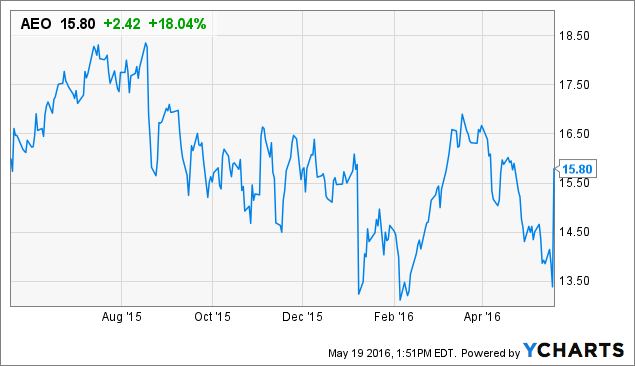