Wall Street analysts are weighing today on Celgene Corporation (NASDAQ:CELG) after the pharmaceutical giant announced a 10-year broad collaboration with Juno Therapeutics Inc (NASDAQ:JUNO) to advance T-cell targeted I/O therapy for which CELG will make a total of ~$1 billion initial payment to JUNO in exchange for options of co-development and co-commercialization of JUNO’s leading CAR and TCR assets for oncology and auto-immune diseases, mostly ex-U.S.

Piper Jaffray analyst Joshua Schimmer believes that the transaction essentially leaps CELG forward into a leading position in the I/O space as the company now possesses all the modalities (i.e. PD-L1, T cell therapy, anti-CD47, lenalidomide and others) required to address challenges in both hematological and solid tumors. The analyst also noted, “CELG doesn’t have to worry about bumping into KITE’s U.S. patent estate until one of the later globalright programs approaches commercialization. JUNO also gets co-commercialization rights on CELG programs which target T cells, although our interpretation is that CELG just potentially got almost half the value of the company for $1B of OUS cash plus development funding.”

Schimmer reiterated an Overweight rating on Celgene Corporation shares with a price target of $144, which represents a potential upside of 25% from where the stock is currently trading. 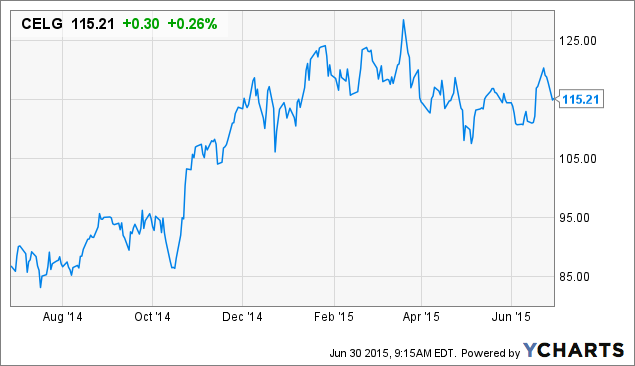