BMO analyst Tim Long was out today with a research note on Apple where he offered an installed base analysis. Furthermore, the analyst reiterated an Outperform rating on the stock with a $117 price target.

Long explains he has now looked at the impact on services, and added used phones into his calculation as well. The analyst notes, “We believe management’s data point last quarter that the iPhone installed base grew 80% over the last two years was compelling, so we attempt to dig deeper.”

From the analyst’s findings, Long explains what he finds “most interesting” is that we are entering the “iPhone 7 cycle with the highest percentage of phones in the installed base at least two years old, at about 26% (compared to 23% for iPhone 6).” For perspective, this number translates to approximately 120 million iPhone.

As a result of this finding, the analyst believes the device will likely aid in an improved replacement rate “even if it has lackluster features.” Long’s confident position on Apple continues as he discusses his belief that the huge growth in iPhones will result in an estimated 25% CAGR through 2019. The analyst mentions that this estimate “sets up well for future sales” and also “helps Services grow much more rapidly.”

In regards to Apple’s services, Long expects a base case of 9% revenue growth, “with bull and bear cases within 100 bps.” He explains his forecast noting, “Services grow more because of the cumulative impact of the growing installed base, particularly with the addition of used devices, which do not represent a product sale.”

According to TipRanks.com, Long’s prediction succeeded 35% of the time, ultimately delivering a one-year average return per recommendation of 1.1%. The average analyst consensus for AAPL is Strong Buy, with 86% of analysts bullish, 11% of analysts neutral, and 3% of analysts bearish. All recommendations amounted to a 12-month average price target of $125.80, marking a 32.12% upside from where shares last closed. 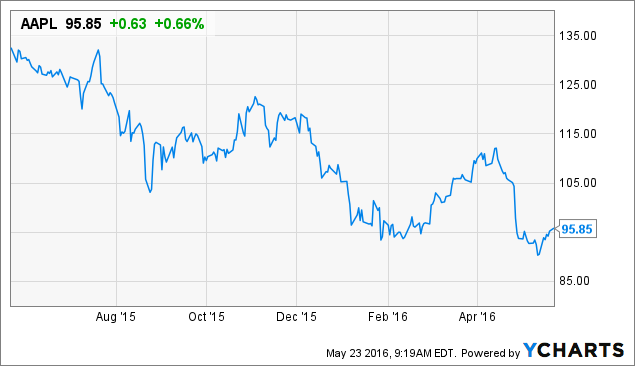 RBC Capital analyst Mark Mahaney weighed in on Netflix in light of recently conducted U.S. surveys, Germany and France surveys, and proprietary average revenue per user (ARPU) Sensitivity analysis. Mahaney’s findings seemed to be positive for NFLX, as the analyst reiterated a bullish Outperform rating on the stock with a price target of $140.

Netflix’s U.S. survey results were consistently strong. Key findings included high usage levels with 50% now using Netflix to watch movies and shows. This result is on par with findings for YouTube and ahead of Amazon who amount to 50% and 25% of users respectively. Further, Netflix showed record high satisfaction and a record low churn from users, with 66% of subscribers “extremely or very satisfied.” Additionally, 89% of subscribers were “not at all likely or slightly unlikely” to chum, which remains a consistent result with prior surveys.  U.S. survey results also showed a consistently improved selection and little evidence of price sensitivity. Mahaney comments, “NFLX Value Prop continues to build out in the U.S.”

The survey conducted in France and Germany yielded successful results as well, with a rising online streaming demand and a rise in demand for Netflix. Findings included a rising subscriber willingness to pay for streaming content, an increased usage in Netflix, and high satisfaction levels with 87% of France subscribers and 86% of Germany subscribers “extremely satisfied or very satisfied” with Netflix. In light of these promising results, Mahaney comments that this proves as “more evidence that NFLX value proposition has universal appeal.”

The average return per user (ARPU) sensitivity analysis supports estimates according to the analyst. He explains, “Based on survey work, discussions with management & Sub Adds trends, we believe NFLX won’t see materially elevated churn due to current price increases.” The analyst further mentions, “Based on analysis, we see ARPU range exiting ‘16 of $9.30 to $10.20. We thus see our ‘16-exit ARPU of $9.32 as reasonably conservative and estimate that every $0.10 upside in APRU generates an incremental $99MM in revenue & $0.16 in EPS.”

According to TipRanks, Mahaney is a 5-star analyst whose prediction succeeded 61% of the time, ultimately delivering a one-year average return per recommendation of 18%.

The average analyst consensus for Netflix is Moderate Buy with 64% of analysts bullish, 29% of analysts neutral, and 7% of analysts bearish. All recommendations amounted to a 12-month average price target of $121.58, marking a 31.45% upside from where shares last closed.