Angie’s List Inc. (NASDAQ:ANGI) shares were on the rise Wednesday following the announcement that CEO Bill Oesterle intends to resign after a successor has been appointed for the CEO role. However, analysts from RBC Capital and Piper Jaffray reiterated their cautious stance on the stock today.

RBC Capital analyst Rohit Kulkarni noted, “We think the CEO departure doesn’t imply any dramatic changes in the company’s core strategy. We expect the company to stay the course – towards generating positive FCF while balancing member & service provide growth.” Furthermore, “We will stay on the sidelines until we see clear signs of stable member pricing, consistently improving marketing ROI, service provider salesforce productivity improvement and a path toward FCF generation, a tall order.”

The analyst reiterated a Perform rating on the stock, while no price target was provided.

Munster noted, “We remain Neutral on shares of ANGI as the company is navigating a management transition along with new competition from players like Amazon. We note shares could move meaningfully near term on good news, given the 25% short interest in shares of ANGI.”

Furthermore, “While Angie’s List has attracted a large (3m) user base willing to pay for access to service provider profiles, we believe that the company’s product portfolio is due for a refresh. We believe investors will be generally open to this transition.”

According to TipRanks.com, which measures analysts’ and bloggers’ success rate based on how their calls perform, analyst Rohit Kulkarni has a total average return of 12.5% and a 63.2% success rate. Kulkarni is ranked #706 out of 3574 analysts. 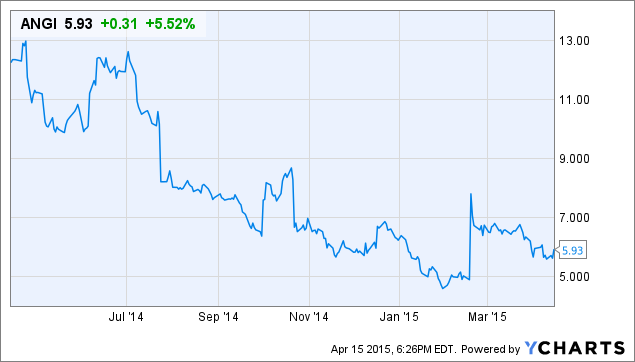