In a research report published Monday, Deutsche Bank analyst Ross Seymore reiterated a Buy rating on shares of Micron Technology, Inc. (NASDAQ:MU) with a $28 price target, after the company hosted its summer analyst conference in San Francisco on Friday.

Seymore noted, “The key message is that while near term PC market conditions remain challenging, the company is optimistic that memory business cycles will be more muted than in the past given a consolidated supplier base, low supply growth and diversifying demand. MU is focused not only on manufacturing and technology, but also on value-added solutions/technologies and customer/partner relationships, which should allow the company to move from a demand fulfillment business to a demand creation business. MU believes FY15/F1H16 will be its investment period that should reap strong growth in F2H16/FY17.”

Wedbush analyst Betsy Van Hees took the other route, downgrading MU stock from Outperform to Neutral and reducing the price target to $19 (from $26), following the conference.

Van Hees noted, “We downgrade Micron to a NEUTRAL and reduce our PT as we now expect, following our industry checks at the 2015 Flash Memory Summit and MU’s Analyst Day, that DRAM supply/demand likely won’t improve and cost downs won’t outpace ASP declines until mid-2016 vs. our prior view of MU’s FQ1.”

Out of the 29 analysts polled by TipRanks, 22 rate Micron Technology stock a Buy, 6 rate the stock a Hold and 1 recommends Sell. With a return potential of 122.7%, the stock’s consensus target price stands at $38.35. 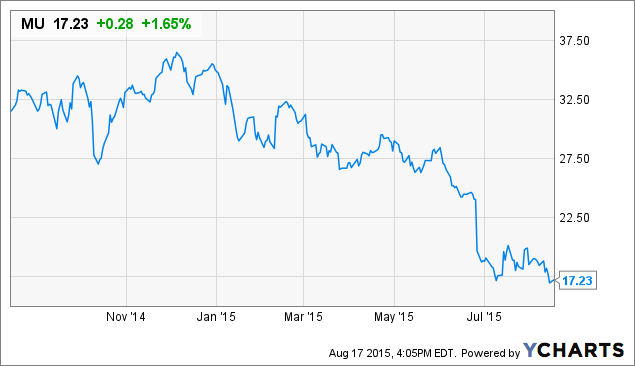