Despite the FDA setback, Stifel analyst Thomas Shrader remains bullish on Clovis shares, reiterating a Buy rating with a price target of $30, which represents a potential upside of 126% from where the stock is currently trading.

Shrader commented, “Our sense was that this positive vote represented more a decision to delay approval than anything else (“too many unanswered questions”). There was significant discussion concerning the place of the drug relative to Tagrisso. The committee also voiced significant uncertainty with the 11% Grade 3-4 occurrence of QTc prolongation, the optimal dose, and the lack of advantage compared to approved therapies (data on SOC chemotherapy were considered potentially misleading). The company expects TIGER-3 data in very late 2018 suggesting earliest approval in 2H19.”

“We believe it will be difficult to complete TIGER-3 and that the data from this trial may not answer some of the key questions. Going forward, we continue to view Clovis’ other drug rucaparib as very promising and believe management guidance on the expected future spending on rociletinib is now very important. Pending this guidance our model is under review,” the analyst continued.

Out of the 9 analysts polled by TipRanks, 5 rate Clovis Oncology Inc stock a Hold, while 4 rate the stock a Buy. With a return potential of 131.6%, the stock’s consensus target price stands at $30.75. 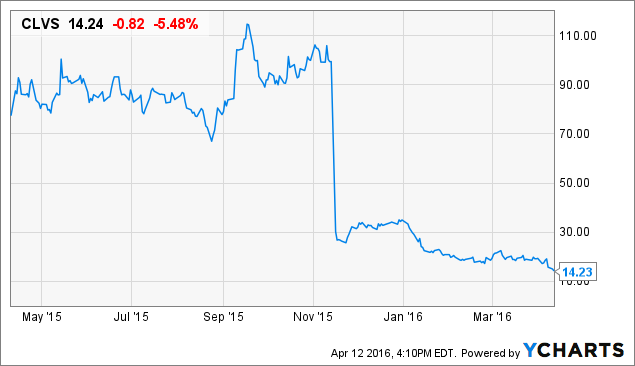